A Guide to Hunting with the .458 SOCOM 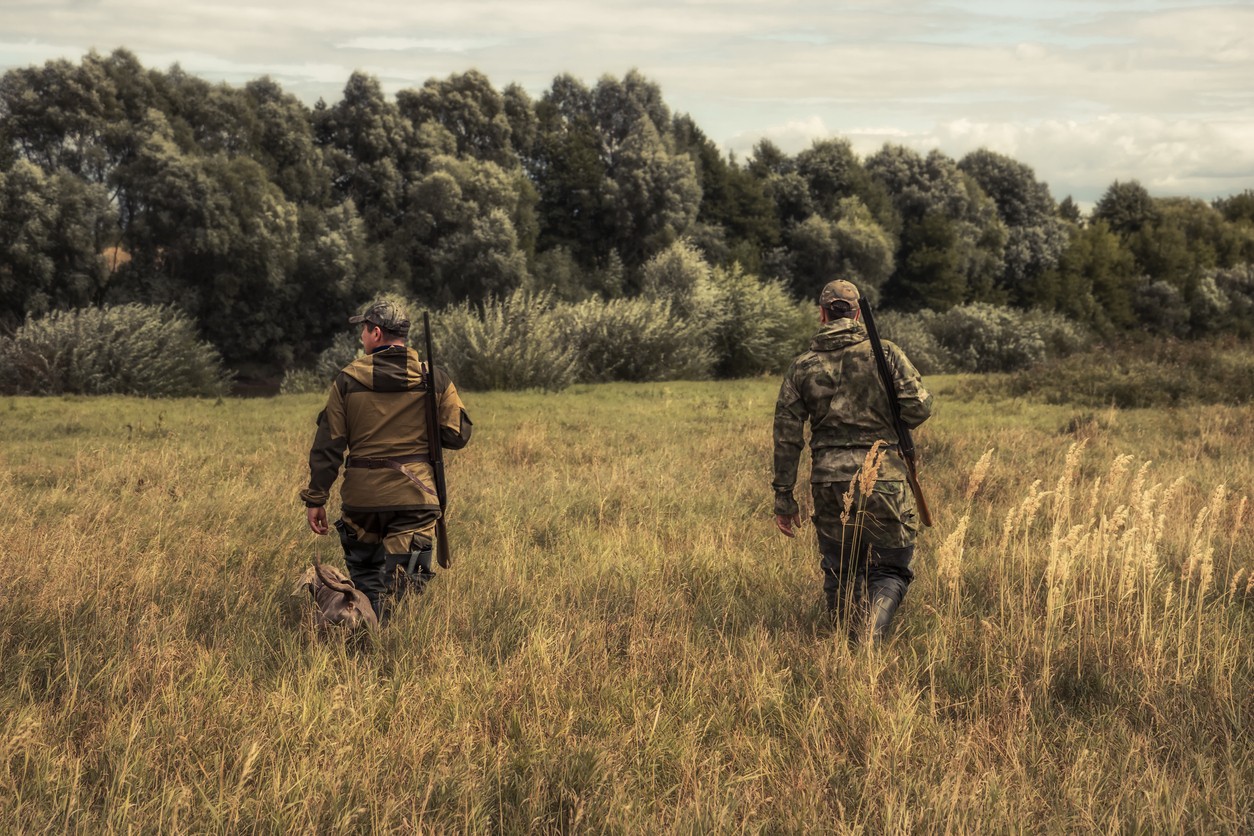 One of the more interesting rifle rounds to come along in the past 20 or so years has been the .458 SOCOM cartridge. Designed for use in the AR platform by swapping out the bolt and barrel in a typical upper receiver, the .458 SOCOM has also been chambered in a few dangerous game bolt-action rifles. It is increasingly becoming a popular and proven hunting caliber on larger game as well as dangerous game.

All you need to begin your .458 SOCOM rifle build is a good quality lower receiver and then a quality upper receiver chambered in .458 SOCOM from SBR, if you don’t want to buy another factory-built rifle. Then you need to take a look at its capability for hunting.

Why Choose the .458 SOCOM for Hunting?

There are so many options for the AR platform with regard to chamberings that it can be at times mind blowing. Yet, some purists of the platform balk at anything other than the standard 5.56 NATO or maybe 300 Blackout. This is extremely shortsighted and very limiting. Why not swap out an upper receiver for a different chambering for a larger game hunting round with much heavier bullets, flatter trajectory and possibly a true subsonic load to be used effectively in conjunction with a suppressor?

The .458 SOCOM cartridge was developed by Marty of Teppo Jutsu in 2000, with the first .458 SOCOM rifles debuting in 2001. These were all AR platform, specifically M4 carbines designed for combat and self-defense.

Ballistics of the .458 SOCOM are comparable to the 45-70 Government round which is definitely a much more proven round on larger game than the 5.56 NATO/223 Remington, which is essentially a mere varmint hunting round known for its lighter weight bullets and higher muzzle velocity. In addition to the larger bullet diameter, the .458 SOCOM cartridge is known for using a rebated rim in order to work with an AR platform’s bolt face, in this case a 6.5 Grendel.

If larger game than a coyote such as mule deer, black bear, elk, feral hogs or wild boar is on the menu; the 458 SOCOM rifle makes a much more sensible choice than an M4 carbine chambered in a varmint hunting round. It may seem strange to shooters on the tactical side who think of it as an anti-personnel round capable of shooting through cinderblock, and concrete walls , but it is an extremely lethal big game cartridge.

A quick look at the ballistics bears this out.

With a .458 SOCOM rifle. the shooter can expect the following:

Bear in mind that the heavier bullets will lose velocity and energy faster, yet this is a devastating larger game hunting round within 200 yards. The best part is that it fits the AR platform extremely well, although the large size of the .458 SOCOM cartridges will reduce magazine capacity by more than half. This is not a deal breaker by any means as many states and localities have limitations on magazine capacity for hunting. 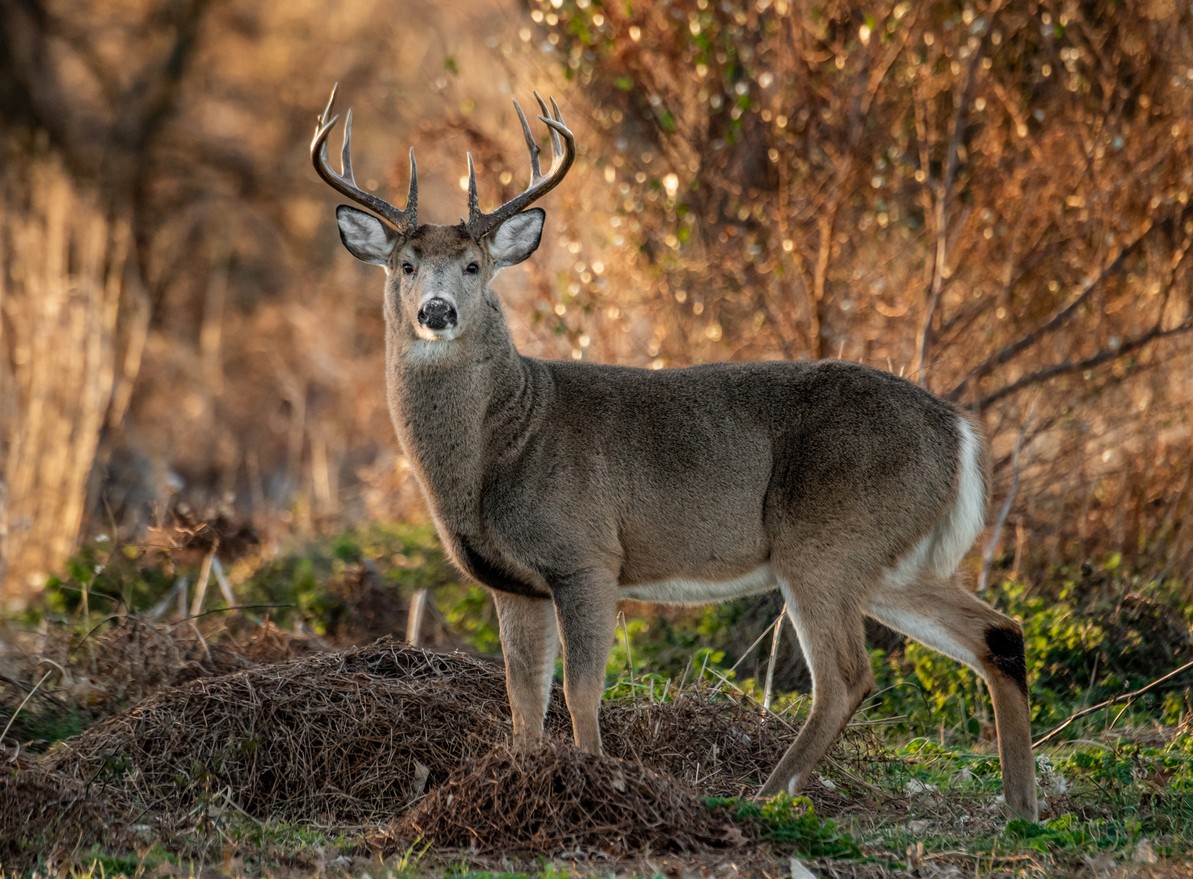 As a deer hunting cartridge, .458 SOCOM ammo works well with a 300-grain bullet at 1800-2000 fps muzzle velocity and delivering 2250 foot pounds of energy. It does not have the higher muzzle velocity of most big game cartridges but the energy behind that larger .458-caliber bullet offers excellent penetration at close range.

However, a smart hunter with the .458 SOCOM round must always be mindful of the distance at which they shoot. Knowing bullet drops at different ranges helps immensely, but the general consensus seems to be that this round performs best within 200 yards, regardless of barrel length. Remember to always take humane shots and do not try to exceed your own ability. 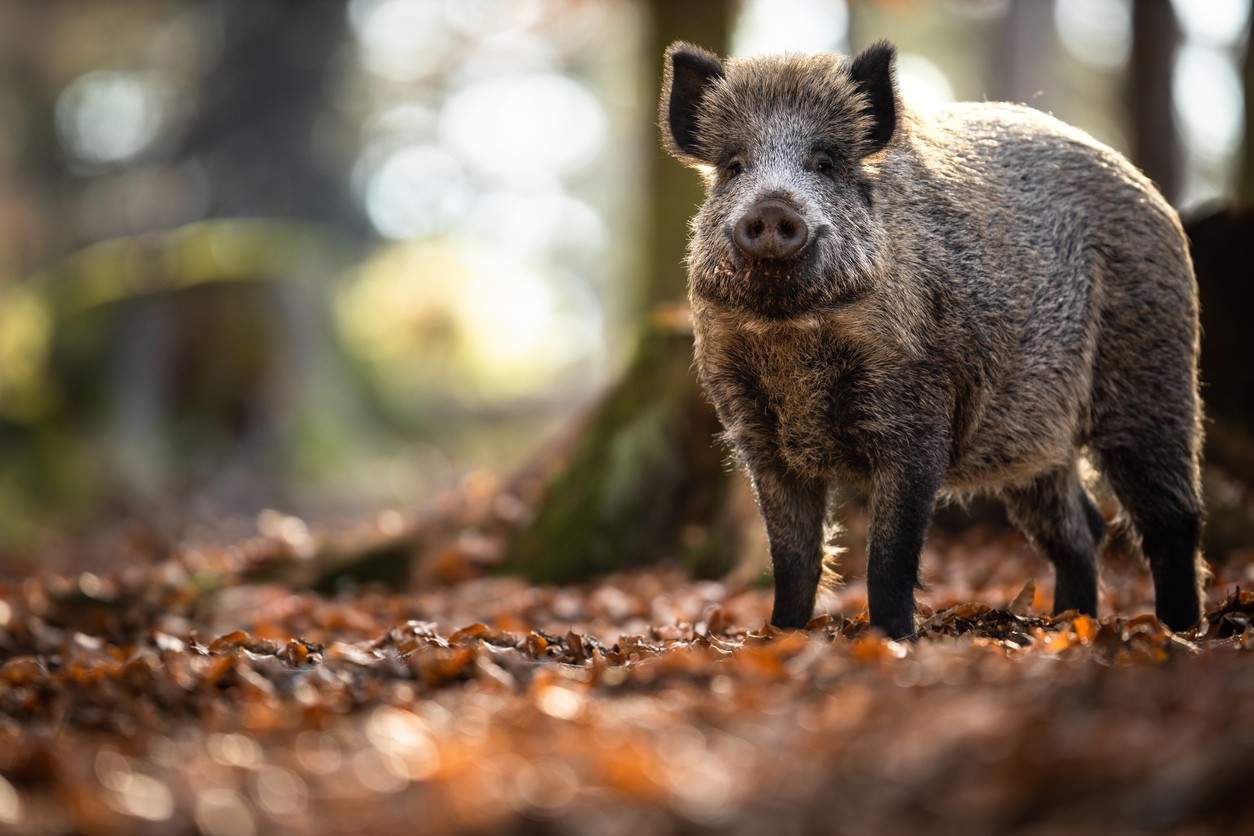 When we speak of hog hunting, there are two basic types in the United States: Wild boar, descended from released Russian wild pigs, and feral hogs which represent domesticated pigs that were either released or escaped from farms and have gone back to their wild roots. Both true wild boar and feral hogs are considered invasive or nuisance animals that are harmful to their environment. A varmint hunting round like 5.56 NATO is not particularly effective on these animals.

The larger bullet diameter of the .458 SOCOM coupled with its heavier bullet weight makes for excellent medicine on these porcine pests. Because it can be had in a number of subsonic loads such as the 550-grain loading, .458 SOCOM works well in conjunction with the correct suppressor such as the SOCOM ULTRA series from SBR. On dangerous game like a feral hog, a suppressed .458 SOCOM rifle is not so much a cool hunting rifle as much as it is essential for the task.

A longer barrel is not needed. A typical barrel length of 16 inches is more than adequate for putting down hogs. An adjustable gas block might be more of a priority in your upper receiver should you wish to shoot suppressed and want to move between subsonic loads and supersonic ammunition reliably. 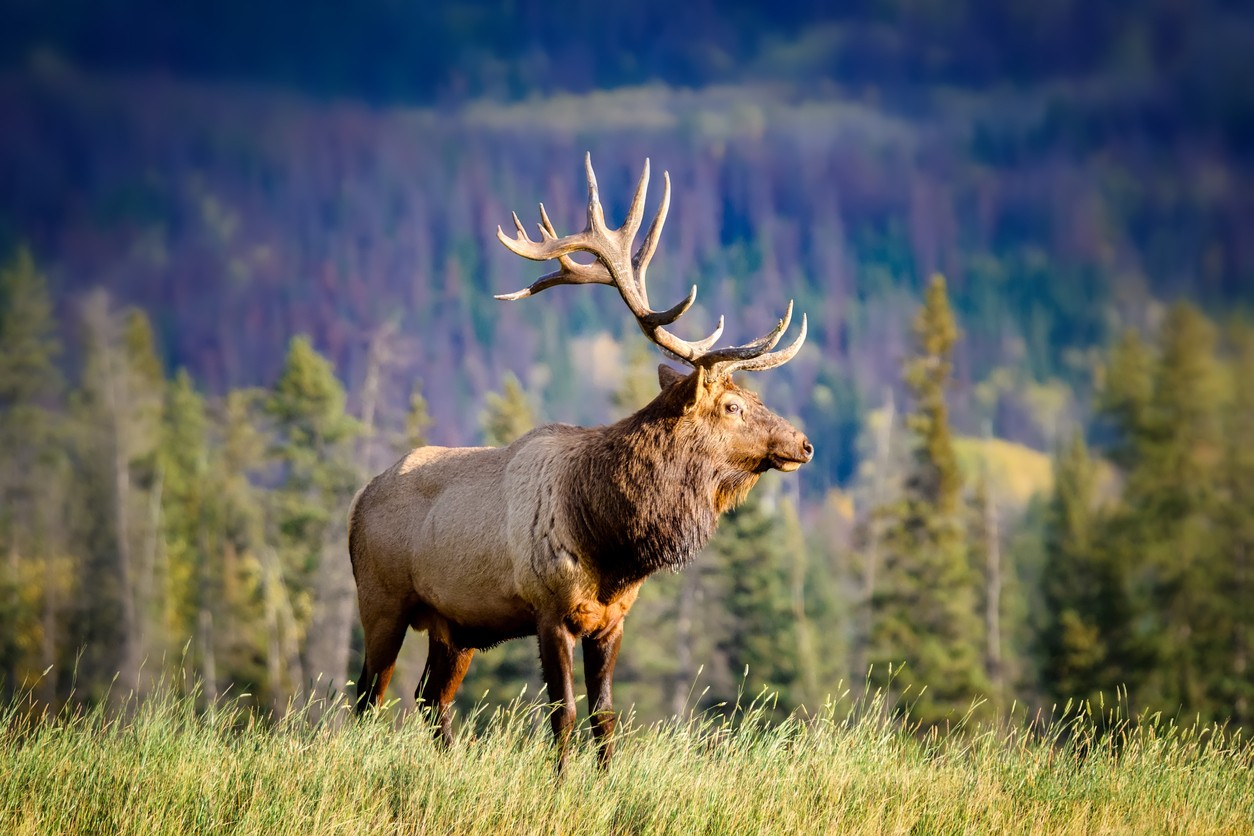 Elk are some of the largest game animals found in the western United States. A typical bull can be so big that if you are lucky enough to take one, you won’t be able to move it without horses, four-wheel drive or quartering it in place. At close range within 100 yards, provided you can get that close to the elk, a .458 SOCOM rifle is an excellent choice.

Some may scoff at this, but the fact remains. .458 SOCOM uses the same .458” diameter bullet as the venerable 45-70 round and offers comparable ballistics. Most other .45 caliber rounds such as .450 Bushmaster or .450 Marlin use a .452” diameter bullet, more suitable for use out of a handgun than a longer rifle barrel with higher muzzle velocity. You can run anything from a 250-grain bullet to over twice that weight with a 550-grain bullet. This is superb for close range shooting of larger game such as elk or even bison as long as you take the shots at close range within 200 yards.

Bear and Other Dangerous Game 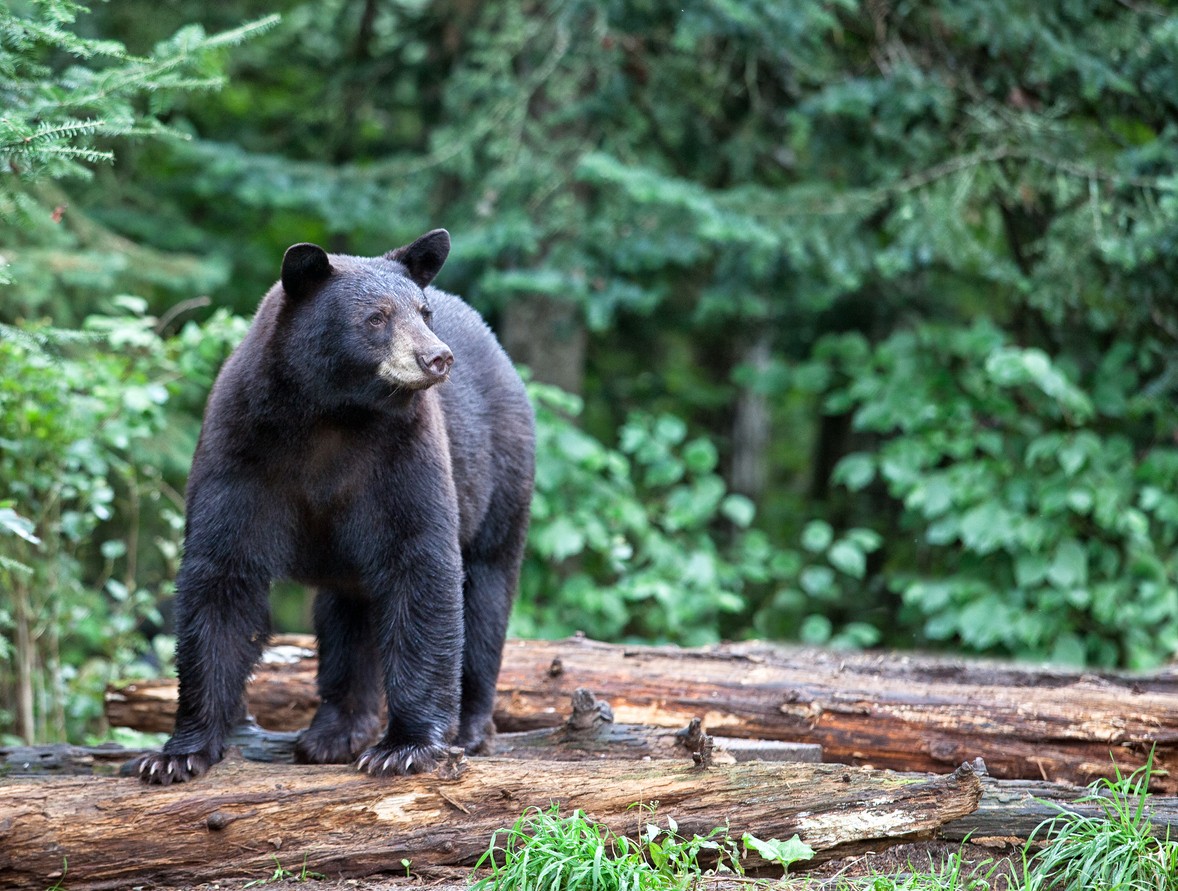 As we mentioned with regard to hog hunting, .458 SOCOM rounds make an equally good choice for use against black bear for hunting and defense. .458 SOCOM ammo literally meets the definition of what big game or dangerous game hunters refer to as a Thumper Round.

Rounds such as this rely on a heavier bullet with flatter trajectory. The .458 caliber bullets definitely put it in that category for a close-range defensive firearm against black bear and other dangerous game such as moose and brown bear. What the .458 diameter bullets lack in expansion, they more than make up for in energy and penetration, outperforming many higher velocity hunting rounds in most cases.

.458 SOCOM excels as a bush busting gun, capable of taking large or dangerous game in dense brush or thickets. Even if you are not hunting dangerous game such as this, it is always possible to encounter these animals on a deer, hog, or elk hunting trip and the .458 SOCOM can come in handy in a defensive role if needed.

Go to SBR Ammunition for All Your .458 SOCOM Needs 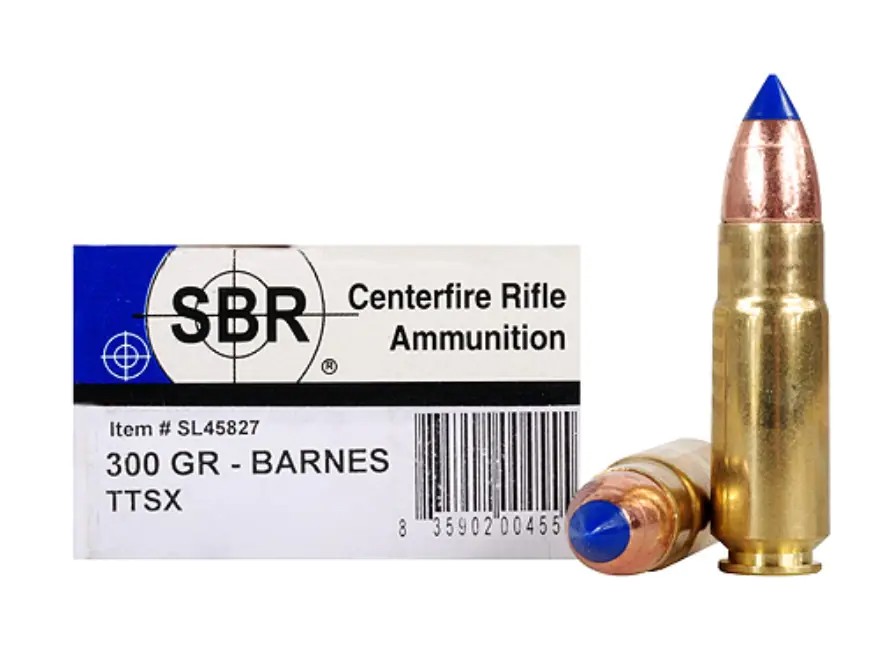 Twenty years ago, when Teppo Jutsu designed the .458 SOCOM with the stipulation that the magazines must fit in a standard AR platform’s lower receiver and the use of a rebated rim to work in the upper receiver; they chose one company to supply .458 SOCOM ammo: SBR Ammunition. Whether you need reloading components in the forms of bullets or brass or you need fully loaded and ready to shoot .458 SOCOM rounds, SBR Ammunition has you covered. SBR also offers complete uppers, barrels, and suppressors.

The staff at SBR Ammunition is highly knowledgeable about the performance of their ammunition. With a specialized round such as the .458 SOCOM cartridge, it is best to go with the experts who actually designed it for all of your questions and concerns as opposed to someone who attempted to reverse engineer it.

.458 SOCOM rifles are not just for the tactical crowd and are increasingly becoming popular in the modern hunter’s arsenal. The ammunition may be pricey or hard to find locally in many areas, but the folks at SBR Ammunition can keep your ammo supply well stocked for hunting season whether it’s a single elk or a pack of feral pigs.